However, the sixth grade team, “Coding Cougars” took the night. They earned the “Champions Award,” the highest award given by their strong performance in all judging areas and in the robot game. This is the first time an HCS team has earned this award, which guarantees them a chance to compete at the state championship on December 14-15, 2019 at Mount Olive High School. Congratulations to the entire team and their advisor, Mr. Chris Kunkel. 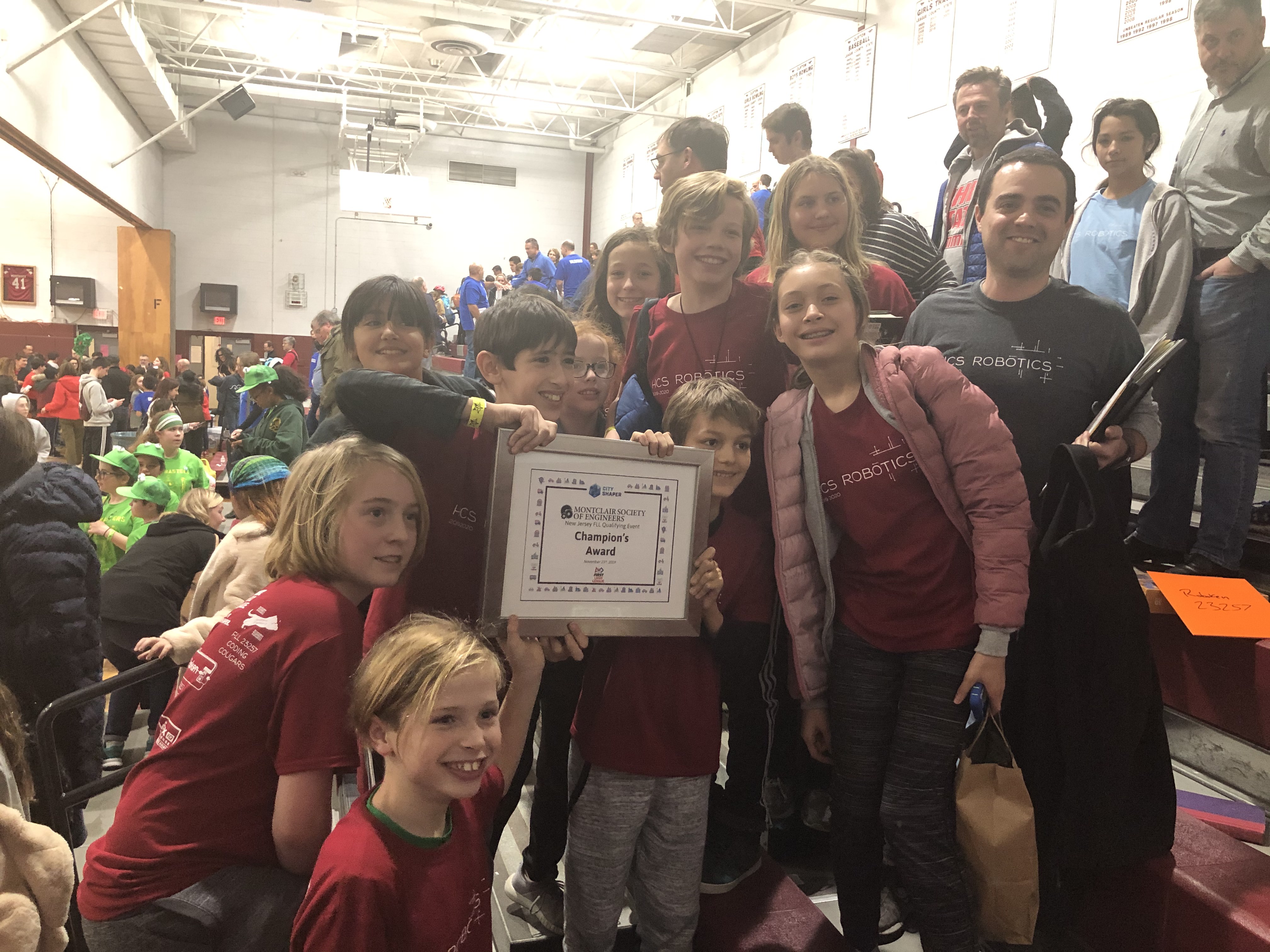